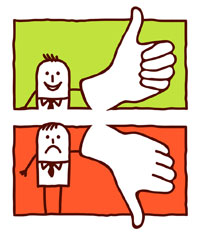 Last month, I decided to drastically reduce the amount of time that I spend on Twitter by: not strategically looking for content to share and cutting down on the number of RTs (re-tweets) for my followers.

Instead, I subscribed to more Twitter feeds in my dlvr.it account. That way, I was adding more automatic tweets while spending less time monitoring my Twitter stream and RT’ing.  Well, the month is up and here are the results from my Google Analytics.

I decided to experiment with Twitter because it wasn’t my number one source of referral traffic any longer. However, that number really only tells part of the picture. It measures the traffic that comes directly from the Twitter link but it doesn’t track if it sends the person to another social media site that ultimately redirects them to my blog. (Did I mention that my experiment may have flaws?) Still, I think I attained some valuable insight. Here’s how it worked:

What I continued to do daily:

What I stopped doing daily:

The Statistical Data from Google Analytics

The screenshots below show a 2-month comparison of my website traffic. Now, granted I am not driving a lot of traffic in general and the amount of traffic will seem insignificant in comparison to some blogs. Still the numbers tell a story that I hope to learn from. (Anyone reading this could easily run a similar test on Twitter or any other strategy that they are interested in testing.)

Overall, I had a 5% decrease in the total number of visits to my site. (The month prior, I had a 5% increase.)

Looking at my traffic from all referral sources, you can see that my total percentage of visits from referral traffic dropped 28%. (The length of the average visit increased 25%.)

When I look solely at my referral traffic from Twitter, you can see that the total number of visits dropped by 38%. (The average time spent by people who came from Twitter increased by 90%.)

As I looked deeper into what was happening with my referral traffic, I noticed drastic drops on other sites where I had not altered my strategy. I had made no significant changes to my participation on BizSugar.com, yet I received 89.54% less traffic from them during my experiment with Twitter and 79.25% less traffic from smallbiztrends.com (a sister site to BizSugar). I also hadn’t changed my strategy for Blokube.com or BlogEngage.com and that traffic dropped by 75% and 67%.

The conclusion I derive from that is that my participation on Twitter must be related in some way to the referral traffic that I lost. When I stopped RT’ing tweets that came from those sites, was I costing myself “votes”? Were fewer people RT’ing for me because I RT’d less for them? (I’m sure that this was true. I had a lot fewer RTs to thank people for.)

So what are your thoughts? Have you run a similar experiment on either Twitter or another social media site? When you look at the stats that I’ve shared, do you have additional insight that I’m missing? How do you manage your time on sites like Twitter?