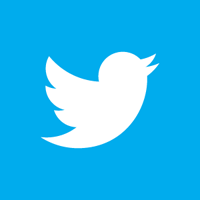 Hopefully, if you’re reading this post, you have some sort of strategy for participating on social media sites. You need a plan so that you don’t end up like Chris Brogan who found himself following 131,000 people on Twitter. (In 2011, Chris unfollowed everyone and started anew.) My premise has always been to approach social media as an extension of networking face-to-face. It’s still real life, only online. I keep an eye on who I’m following and who I’m re-tweeting for. I also try to thank everyone for sharing my posts and retweeting my tweets. Recently though, I’ve been reading blog posts from bloggers who think thanking everyone may not be the best use of our time.

Thank You for Your RTs

The post that first got me thinking about this was Would you Rather be “Thanked” or Re-tweeted? Brent Carnduff’s intent in writing that article was to generate a discussion and there was lots of it. Here are a few quotes that I found interesting (some are just part of a longer comment).

@DoktorSpinn – “. . . I’m one of those who has been thanking for RTs quite frenetically. But some of my followers have been irritated with me for this reason. . . .”

@gonzogonzo – “. . . I also think ‘following’ folks is a way of thanking them, acknowledging their content as relevant and wanting to get more in your news thread.”

@DJThistle – “I think re-tweet is a way of saying thank you, but once in a while you should say thank you and be ‘social’.”

I’ve noticed that when I first publish a post that quite a few people automatically RT it for me (for which I am very grateful). I know this is partly because some people use a service such as BufferApp.com, Dlvr.it, IFTTT.com or TwitterFeed.com (just to name a few – feel free to mention your favorite in the comment section). These services can be used to automatically deliver content from RSS feeds. Depending on how the person has scheduled their feeds, you often see a flurry of tweets shortly after you’ve published your article. Since these tweets all appear in your Twitter stream at approximately the same time, it’s tempting to thank everyone at once.

Another reason for an influx of RTs (when I first publish a post) is that I’m an active member of a Triberr tribe. For those of you who are not familiar with Triberr, basically it’s an an automated content sharing tool for Twitter, Facebook and LinkedIn. I’m not going to go into the pros and cons of Triberr tribes. Some of you here remember my first foray into Triberr and may have been in a tribe with me.  (I actually disbanded a tribe that I started a long time ago but I am very happy now.)

Thanking a Multitude of People at Once

What happens to me is that right after I’ve published a post, you will see a flurry of “Thank you for the RTs . . .” tweets from me and I do wonder if people find them off putting. (I’d really like to know.) Sometimes, I’ll schedule some of them to post in the middle of the night. My thinking is that if someone is checking their @connections, they’ll still see it and it will be less disruptive to my Twitter Stream.

Now, I’ve read on several blog posts that Triberr members don’t expect RT thanks because “that’s what we do” but at the same time, I value that RT and still want to thank them. Although, I’m less apt to also tweet “you’re welcome”.

I like the idea of following someone as a way of thanking them for an RT and I’ve been doing that for quite some time now. I still basically follow the same strategy that I explained in an earlier post “What is Your Twitter Strategy for Following Someone?” I will not follow someone simply because they tweeted for me. I won’t consider following someone who doesn’t pass this quick assessment:

What are your thoughts? Do you thank everyone who RTs for you? Do you thank someone for following you? (I don’t.) If you’re an active member of Triberr, do you treat those individuals any differently?  I think we’d all like to know. As always, thanks!