This week’s post in the weekly “Friday Finds” series raises the questions: Do clickable Facebook hashtags raise privacy issues? Are you concerned that Google will penalize your CommentLuv enabled blogs for do-follow links? Would you buy a book to teach your toddler how to code a website in HTML?

END_OF_DOCUMENT_TOKEN_TO_BE_REPLACED

This post is part of the weekly series, Friday Finds, featuring news that deserves a closer look. Today’s finds focus on installing the Google+ Commenting system on your WordPress blog. Some well-known bloggers have been addressing this issue recently and it’s a topic that deserves our attention. Let’s take a look at 3 articles that will give you some insight on some of the pros and cons that have been raised and a little background info that I’ve gleaned after taking a closer look.

Some Simple Background on the Google+ Commenting System

FYI – you’ll find greater details by reading the articles that I’m highlighting this week but a brief recap of the Google+ Commenting system is:

In her post, Ileane makes it clear that CommentLuv is still a worthy option and she mentions that it’s a “fantastic” plugin but she also mentions that a lot of her peers have been switching their commenting systems. Ileane’s post  makes for some interesting reading along with a lively dialogue in the comments.

Most of you probably know Kim Castleberry as a respected resource. Kim specialties include WordPress and Facebook as well as a wealth of other talents. In this post, Kim provides instructions for adding the Google+ commenting system:

Kimberly also addreses the question about whether or not the Google+ Commenting system has any SEO value. (Because it runs in an iframe, it does not. Although, there could be some benefit indirectly through social signals.)

You may have already seen the detailed explanation that Kim left regarding the potential SEO benefit (or lack of benefit) from using Google+ comments. One conversation occurred on Ileane’s blog and it goes as such:

7 Reasons for Not Replacing CommentLuv with the Google+ Commenting System

Suresh Khanal’s post Why Google+ Comment System Can’t Replace CommentLuv? builds a well thought out case for not switching from the  CommentLuv plugin (which runs on the native WordPress commenting system). He takes a closer look at the database, SEO and spam issues that are being raised.

In Suresh’s reply to the comment I left regarding SEO, he mentions how there may be some SEO benefits from Google’s system because their algorithm  counts social signals: 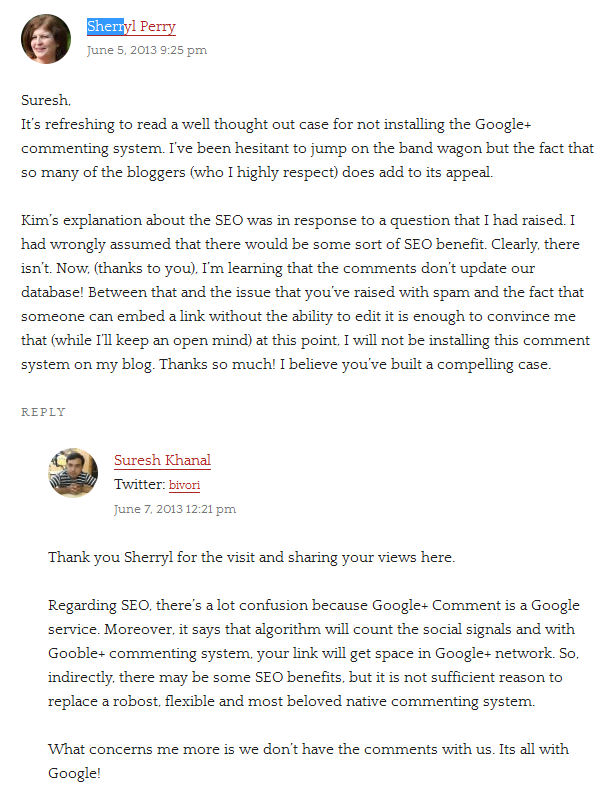 I may replace native comment system with Google+ commenting system when these issues are addressed. May be there will be plugins available in near future that enters comment to the blog database in addition to submitting to Google+. Until then, I think, it will be like  jumping off a cliff into the great unknown!

What do you think? Have you installed the Google Plus commenting system on your blog? Do you plan to? Do you think it’s a good idea to keep the system that you’re using now and add Google+ to it? Personally, at this point, I agree with Suresh. At least for now, I’m sticking with CommentLuv Premium and I’ll continue following the discussions.

Today’s article in the weekly series #FridayFinds brings you multi-media Twitter cards, some social networking sites that you may be unaware of, an informative infographic on SEO and an introduction to reblogging on Triberr. It will be interesting to hear how many of you are on these sites, use Twitter cards and reblog on Triberr.

END_OF_DOCUMENT_TOKEN_TO_BE_REPLACED 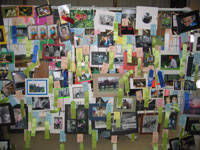 This post is part of the weekly series, Friday Finds, featuring news that you may find both valuable and interesting.  Today, we’re going to revisit the importance of Google+ after the Penguin 2.0 update, get some common sense tips on using Twitter, view a video that builds a strong case for teaching coding in our schools and get a peek at how to view the recent algorithm changes with a healthy perspective.