There has been some buzz lately from bloggers worried that CommentLuv leaks link juice. Researching this question became more than just an academic question for me, as I have been seriously considering about adding CommentLuv to my blog, Internet Marketing Remarks.

CommentLuv is a plugin that places the title of a recent blog post of a commenter under their comment on a blog article. This can be useful in gaining more comments, as commenters judge they are getting rewarded.  It can also lead to a blog receiving spammy comments.

What is Link Juice?

Link Juice is a term that refers to how much search engine ranking benefit a link passes along.  Based on the original Google algorithm published in 1998, if you had a page with eight PageRank points and four outgoing links, each of the four links would flow two points of PageRank Thus, if it was still 1998 and no changes had been made to the Google algorithm, then having lots of outgoing links to commenters’ posts would probably “leak” link juice. These links to commenters’ posts would have been harmful because they would reduce the link juice passed internally to other pages on your blog. However, the Google algorithm has undergone massive changes in the past 13 years. Position of links on a page is an important factor in how much link juice gets passed, and the comments at the bottom of the page carry much less link juice value than links in the first few paragraphs of an article.

If blogs leak link juice due to CommentLuv, a likely outcome would be that not as much link juice would be passed along via internal links to other pages on the blog. If this were the case, the link authority of the domain would be reduced as a ratio of the link authority of the blog home page. Blogs that do not use CommentLuv can serve as a control group in determining if there is a change in the juice is being passed by internal links and if there is an impact on the domain link authority.

Based on an analysis of home page authority and domain authority utilizing Open Site Explorer, CommentLuv does not seem to be leaking link juice

The chart below shows that the ratio between Home Page Authority and Domain Authority for a selection of 10 blogs that utilize CommentLuv is 87% versus  88% for 10 blogs that do not use it. Given the sample size, 1% is not a statistically significant difference.

Blogs That Feature The CommentLuv Plugin

Blogs That Do Not Include the CommentLuv Plugin

(The control group was selected from blogs featured in 50 Most Influential People in Blogging.)

Importantly, the conclusion that CommentLuv does not leak link juice based on this finding requires two major and potentially flawed assumptions:

Additional support for a conclusion that CommentLuv does not leak link juice is provided by the strong ranking on search engines for competitive term for sites that feature the CommentLuv plugin.

As a caveat to my conclusion, I did not control for whether or not the blogs used no-followed tags. However, based on Google spam sheriff Matt Cutt’s repudiation of page rank sculpting and no-follow tags as a technique for hoarding link juice, this may not have had much of an effect on the results. For reference, CommentLuv can be set to either no-follow or follow. Since no-follow tags limit the link juice passed along by a comments, they cut down somewhat on the incentive for the insertion of spammy comments.

(Update by Sherryl Perry on 3/16/14): One thing to keep in mind is that by default, the backlinks in user comments (when you use the CommentLuv plugin) are “do-follow”. Potentially, do-follow links to spammy sites can hurt you in Google. To get a better understanding of what do-follow and no-follow links are, check out my post Do You Comment for Backlinks on DoFollow Enabled CommentLuv Blogs?

BTW – One of the benefits of CommentLuv Premium (my affiliate link) is that you can manage your backlinks on the individual comment level. You can also configure CommentLuv so that the do-follow tag is not enabled until a commenter has reached a specific level of approved comments. Some bloggers have set this number as “10” in the belief that spammers will never leave that many comments on your blog.

Based on the results of my study, I’ve added CommentLuv to my blog as I’m reasonably confident that it does not leak link juice. 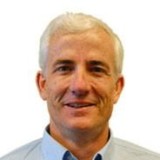 Amazing research Randy, I was looking for it over the internet as i have to install the commentluv plugin in my blog too. Will get it via your affiliate link 😉

Thanks for letting me know that you found Randy’s research helpful. I’ve been using CommentLuv for years. I would really appreciate it if you use my affiliate link if your do buy the premium plugin but I also want to make sure you know that there is a free version available.

The free version is not as powerful as the premium version but it can be a very good way to get started. It’s an easy upgrade path. If you have any questions about it, feel free to contact me and I’ll do my best to answer you.

Thanks for dropping by and welcome to my blog.
Sherryl Perry recently posted..Do You Comment for Backlinks on DoFollow Enabled CommentLuv Blogs?

I was reading about Commentluv being ‘black hat’ SEO. I was searching for more information before disabling the plugin. I am a premium user so I didn’t want to make the decision lightly. Sites that I have visited that use the plugin don’t seem to be penalised by Google but bad SEO is a concern.

Hi PashaO,
This is a topic that I’ve blogged about quite a bit lately. Fortunately for you, you’re using the premium version of CommentLuv. That gives you a lot of control over the do-follow tag.

In light of Google’s recent webspam actions, it’s more important than ever for us to be diligent about monitoring links that we have on our site (to other blogs) and backlinks to our blog.

Below, I’ve linked to one of my posts that I think you would find helpful. In that article, I outline the steps that I take to monitor my CommentLuv links. I also have linked to other articles that go into more detail about the do-follow tags and what is behind Google’s webspam actions.

I hope you find the additional reading helpful. Thanks for joining the conversation!
Sherryl Perry recently posted..Time To Tweak Your Strategy for Commenting on Blogs?

Few days back, I removed commentluv from my blog having fear of loosing page rank. Today I got this post and I understood that I was wrong. I will enable commentluv again. Thank you for bringing this post.

Thanks for letting me know that Randy’s post helped you make that decision. In light of Google’s recent webspam actions (penalizing websites that have what they deem to be “unnatural” links), it’s more important than ever to monitor CommentLuv links for spam. (Not only links in comments left for you but links you’re leaving on CommentLuv enabled blogs.)
Sherryl Perry recently posted..Google Manual Web Spam Actions and Penalties #FridayFinds

Glad it does not leak. Seems to be a great tool.

Ted,
There’s a free version of CommentLuv in the WordPress repository. It’s a great way for bloggers to take this plugin for a test drive before investing in it.
Sherryl Perry recently posted..Friday Finds â Facebook Hashtags, Google and CommentLuv do-follow Links

Thanks for the info, because I was wondering the same exact thing. And I am a CommentLuv Premium user. Great article!

Robb,
One thing to keep in mind is that (by default), the backlinks in CommentLuv user comments are “do-follow”. Potentially, do-follow links to spammy sites can hurt you in Google. To get a better understanding of what do-follow and no-follow links are, check out my post “Do You Comment for Backlinks on DoFollow Enabled CommentLuv Blogs?”

Thanks so much for your comment. It made me realize that I hadn’t updated this post in a while (which I have done now).
Sherryl Perry recently posted..Do You Comment for Backlinks on DoFollow Enabled CommentLuv Blogs?

Thanks for the heads-up.