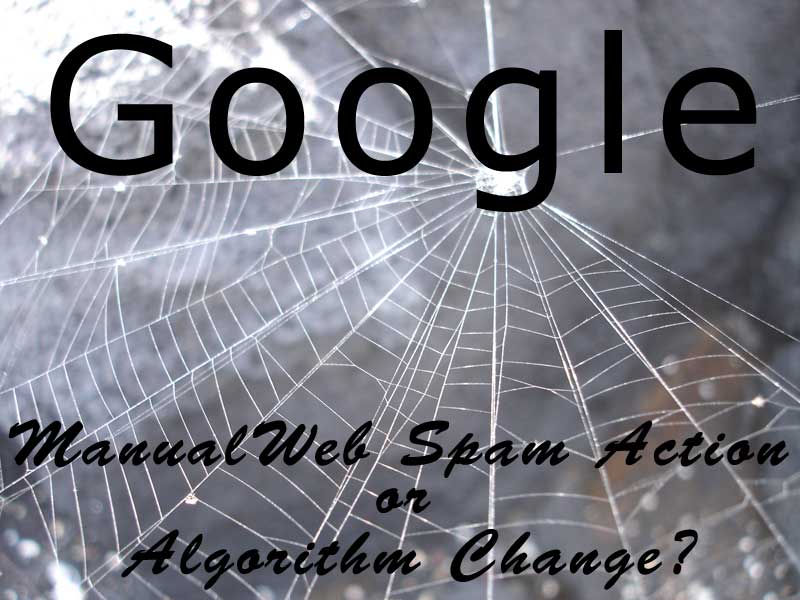 Last week, in light of the massive amount of manual web spam actions that Google enacted, I wrote an article that took a closer look at what was behind some of the actions. This week, let’s hear what Matt Cutts has to say about the differences between a Google algorithmic penalty and a Google manual web spam action. What does the Google web spam team consider an unnatural link and what can you do to recover from it?

Is Your Site Suffering from a Google Algorithmic Penalty?

In the video below, Matt explains:

“If you’re hit by something that’s a direct action from the manual web spam team, that directly impacts the ranking of your site, then go to Google Webmaster Tools and check out because it could very well be the case that, (you know, hey), we thought that there could be some keyword stuffing or cloaking or whatever going on and that’s a clear cut case. You’ll get a notification.”

Matt goes on to address the question directly and says that “we don’t think as much and really much at all about algorithmic penalties“. He also noted that when Google rolls out an algorithm change, they try to give people a heads-up, if they expect it to have a big impact.

Did Your Site Get Hit with a Google Manual Action?

In August of 2013, Matt Cutts released this Google Webmaster video to address the dreaded message that your site received a manual action labeled as “unnatural links from your site” and what to do about it.

The bullet points from Matt’s video explaining what unnatural links are:

The bullet points from Matt’s video explaining the best ways to reverse a manual web spam action are:

I hope that I have not linked to this post too often but since many readers have found this post helpful, I felt that it would be worthwhile to some people. In that article, I shared many of the tools that I use not only to recover lost organic traffic but to keep my site safe going forward. Most notably are BrokenLinkCheck.com and the Bad-Neighborhood.com text link checker.

I feel fortunate that (up until now) I’ve avoided being hit by a Google manual action. I do believe that I was on that path and that if I had not noticed a significant drop in my organic search traffic last year, I could very well have been a recipient of one of these actions.

In my case, my unnatural links came from do-follow CommentLuv links. In addition to finding many 404-errors, perhaps the biggest issues were links to spammy sites.

Granted, I had slipped and (as part of a “reciprocating-comments” strategy that I had embarked on when I first started blogging). I had do-follow links to sites that led to sites that had absolutely nothing to do with the article that was being commented on.

Perhaps an even bigger issue was comment links that led to domains that were no longer being used for legitimate purposes. For example, abandoned domain names that were parked at domain registrars such as GoDaddy, who in turn directed them to pages riddled with spammy AdSense ads.

By addressing those issues, I have been slowly but steadily regaining traffic. I believe that monitoring those links keeps my site in compliance with Google’s guidelines. Would it be easier to simply remove CommentLuv from my site? Yes. Am I willing to do that? No (not at this time anyways). I still believe that rewarding my readers is worth the effort.

What are your thoughts? Have you ever received a manual web spam action from Google? Do you have any advice as to how to clean up your site and successfully submit a reconsideration request? Do you regularly clean up the links on your website? Feel free to weigh in on this in the comments below. As I always say, we can all learn from each other.